A University of Toronto medical student contributed to the newest world’s largest global study of adolescent health, released March 12 in The Lancet. 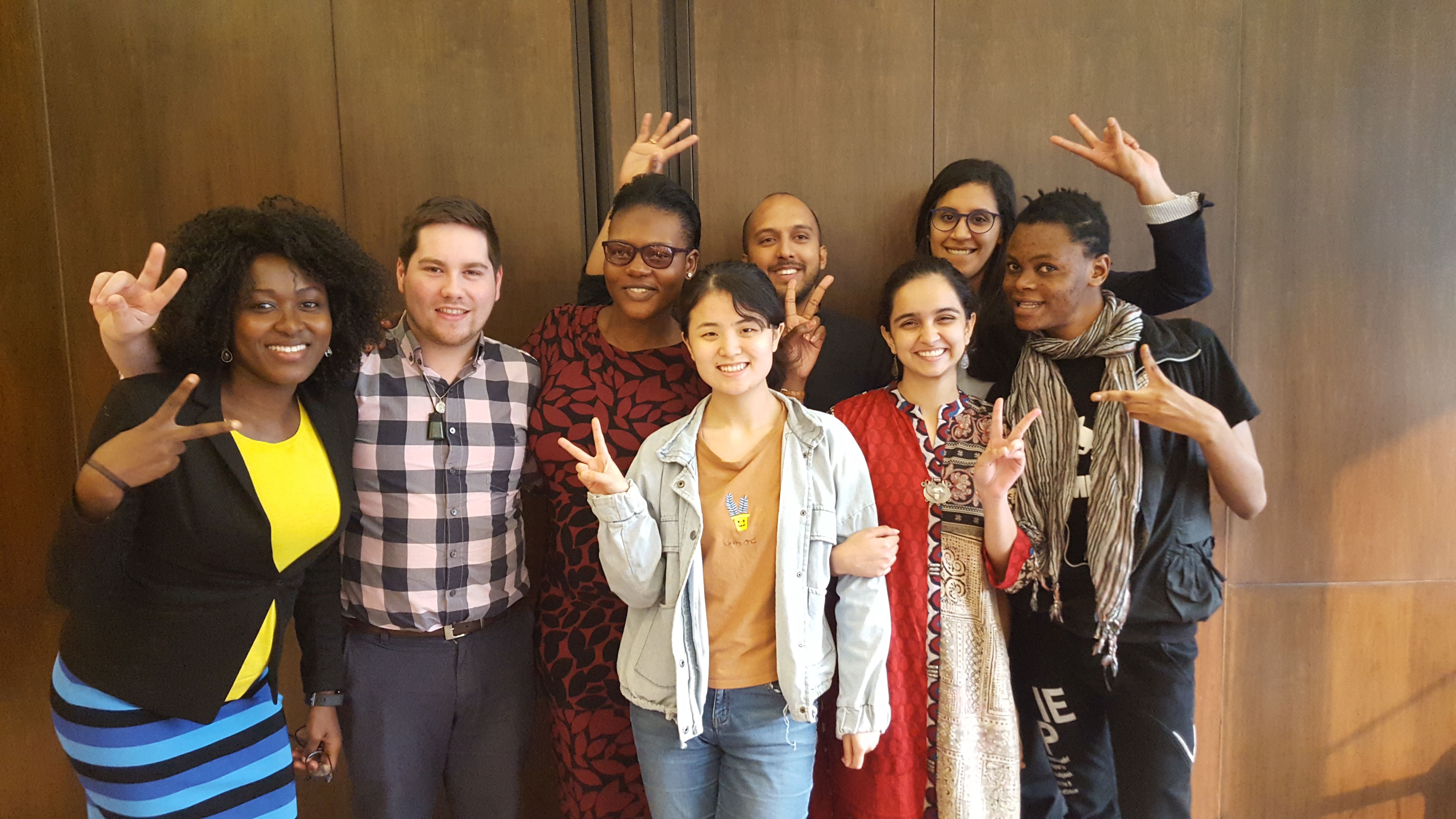 LANCET YOUTH COMMISSIONERS FROM NIGERIA, NEW ZEALAND, ZAMBIA, SRI LANKA, CHINA, INDIA AND UGANDA; U OF T MEDICAL STUDENT MARIAM NAGUIB IS PICTURED IN THE TOP ROW, FAR RIGHT. The study revealed that obesity rates have doubled among youth, with countries in the Pacific region most affected. The authors found growing inequality among high and low and middle income countries, with youth in sub-Saharan Africa, Asia and the Pacific suffering the most. Gender inequality was also identified as a powerful driver of poor adolescent health.

“It’s the first time we’ve captured the status of global adolescent health, and the results show there’s an opportunity to do better,” says Mariam Naguib, a third-year medical student who contributed to the study as part of the six member Youth Commissioners of the Lancet Standing Commission on Adolescent Health and Wellbeing.

Naguib was a first-year medical student when she learned on Twitter of the opportunity to participate in The Lancet study as part of its Youth Network.

“In medical school you know you are going to develop this toolkit of understanding the human body,” she says. “I am also interested in how the things outside the body determine the health of individuals. This requires an understanding of the relationship between academia, governments, non-governmental organizations and the United Nations. Looking around, and seeing who is not at the table where decisions are being made.”

And she learned much about the value of meaningful participation, and barriers to advocating for change – or even communicating vital health information -- in countries with more limited freedom of expression.

“In Canada, our celebrated forms of advocacy include letter-writing campaigns or going to your member of parliament. That strategy does not translate across all borders” she says. “Furthermore, the power dynamics that determine the decisions made by these huge actors, are many times made far from the people that they affect, who may not be in touch with the full realities faced by those the population targeted.”

As well, “Twitter is seen as an active sphere for youth advocates, yet in China, Twitter is not easily accessible,” she says. “So a member of the group, living in that context is piloting an avenue via WeChat, a platform that is popular and free in China. With one third of adolescents in India and China combined, it is critical to be reaching that segment of the population.”

Today’s adolescents make up the largest generation in history, but the landmark study shows youth are encountering greater health challenges than those faced 25 years ago, and the authors say investments in their wellbeing have not kept pace with population growth.

The study tracked the progress of adolescent health in 195 countries between 1990 and 2016, measuring a dozen common health indicators such as tobacco use, obesity, anaemia, secondary school education, child marriage, nutrition and non-communicable disease.

“While there have been great improvements in adolescent health in some countries, the greatest population growth has been in countries where adolescents experience the largest disease burden,” says lead author Peter Azzopardi of the Australia-based Burnet Institute and the University of Melbourne.